There are a number of ways of making a new photo album or folder in SkyDrive. Here are several of the procedures.

This folder will initially be set to Folder type Documents. You can see that when you expand the Information section in the pane on the right. There will be a Change link there. You can change it to Photos, or you can just leave it as is. When a photo is uploaded to the folder it will change to Folder type Photos by itself. 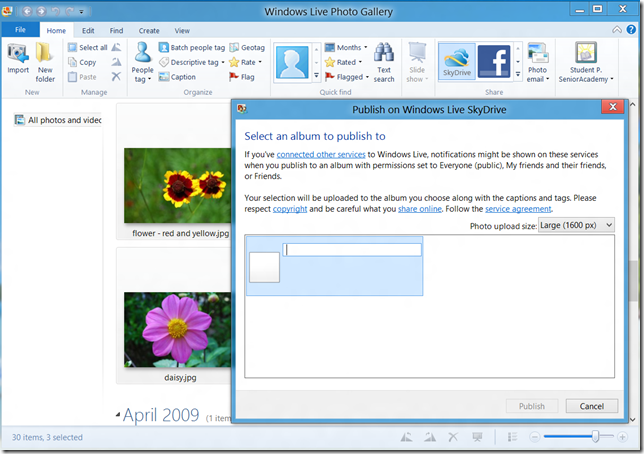 Creating a SkyDrive photo folder in the desktop app

If you have the SkyDrive desktop app installed you can create a new folder for photos just the way you would create any other new album using Windows Explorer. Open Windows Explorer, click SkyDrive in the left navigation pane. Then click New Folder.

Using the SkyDrive desktop app allows you to create the new folder anywhere in the folder hierarchy in your SkyDrive. Keep in mind that you cannot upload from Photo Gallery into any sub-folders.